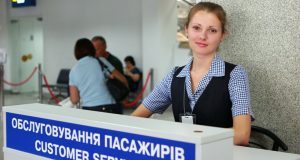 The assumption is in opposition to the fact since UIA offers passengers the widest selection of ticket fares starting from 249 UAH (approximately 10 USD) and 587 UAH (approximately 23 USD) for domestic and international services respectively.

Responding to numerous charges of preventing new carriers from entering Ukraine’s aviation market, UIA denies being part of negotiations between two business entities, namely Kiev Boryspil International Airport and Ryanair. Therefore, it is not in a position to affect the negotiation process by any means. Hence, UIA is taken aback with emotional and unreasonable rhetoric by Volodymyr Omelyan, Minister of Infrastructure of Ukraine, who states that UIA is the major obstacle for Ryanair to enter Ukraine and instead of finding an alternative solution attempts to rehabilitate himself in the public spotlight. 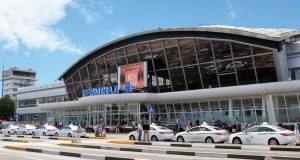 Indeed, there are plenty reasons for mitigation as the Minister’s activities trigger questions. Specifically, one of the numerous latest press materials publish right after the lofty rhetoric contains the Memorandum between the Ministry of Infrastructure of Ukraine and Ryanair. According to its provisions, the authority undertook a commitment to guarantee Irish carrier Boryspil airport charges at the rate of 7.5 USD per passenger. The issue of whether a government official is eligible to sign commercial documents is quite controversial. Moreover, Ryanair that must strictly comply with European legislation signed the Memorandum as well. 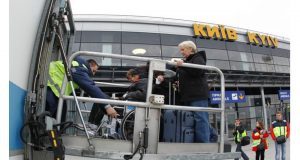 Additionally, the Ministry of Infrastructure of Ukraine that is obliged to guarantee equal playing field for all business entities unreasonable offers a single player a number of preferences that contradict the provisions of the current legislation. Notably, according to the Decree of the Ministry of Transport Ukraine #337 adopted on March 26, 2008, the minimum amount of charges for passenger handling, take-off/landing, and aviation security measures equal to 25.6 USD. In the case of non-standardized aircraft parking, the total amount of airport charges escalates respectively.

As soon as the Decree of the Ministry of Infrastructure of Ukraine #211 adopted on June 13, 2017, had taken legal effect, the minimum amount of airport charges was decreased down to 17 USD which outnumbers the charges fixed in the Memorandum by over 100%. Therefore, the Ministry of Infrastructure of Ukraine attempts to create preferences for a single carrier in violation of the current legislation. 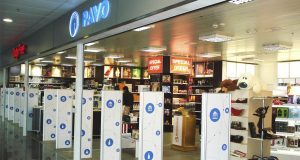 It should be noted that Ryanair launched ticket sales prior to obtaining international flight permits, signing an agreement with the airport, and receiving airport slots. Having already purchased tickets, Ukrainian passenger turned out to be hostages of circumstance – the fact that competent authorities should investigate on.

UIA welcomes newcomers to Ukrainian aviation market since competition contributes to market recovery and gradual economic upturn. Moreover, new market players tend to encourage governmental authorities to meet industry-specific challenges. Notably, UIA has long offered a number of efficient solutions that were being continuously ignored by state officials. In case all the challenges are met, Ukrainian passengers will be offered reasonable and attractive ticket fares.

Finally, UIA urges the Ministry of Infrastructure of Ukraine and Ryanair to be scrupulous about public statements. UIA is open for constructive dialogue and eager to assist the State of Ukraine in meeting modern industry-specific challenges.