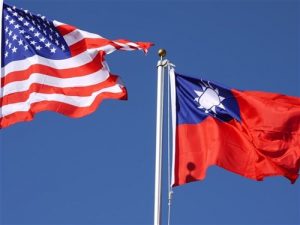 Washington, Dec. 17 (CNA) The U.S. Senate on Tuesday gave final passage to the 2020 National Defense Authorization Act (NDAA), a provision of which mandates a report on any Chinese interference in Taiwan’s elections.

According to the bill, the U.S. Director of National Intelligence is required to submit the report to Congress within 45 days after Taiwanese head to the polls on Jan. 11.

The NDAA, an annual bill to authorize appropriations and set policy for the Department of Defense (DOD), had faced a rare delay this year, as competing versions of the bill passed in both the House of Representatives and Senate.

Following negotiations, however, a reconciled version of the bill passed the House last week with a 377-48 margin, and was approved by the Senate Tuesday in an 86-8 vote.

The bill will now be sent to the White House, where President Trump has said he intends to sign it into law.

In relation to Taiwan, the NDAA will require the Director of National Intelligence to report to Congress on the issue of Chinese interference in Taiwan’s Jan. 11 elections, as well as U.S. efforts to disrupt those activities.

The report, the bill states, must assess “whether and to what extent China conducted influence operations,” and provide an identification of the agencies involved and a description of the tactics used.

In a separate section of the bill, the DOD is required to report within 180 days on U.S.-Taiwan engagement in the area of cybersecurity.

In addition to offering an overview of current cybersecurity cooperation, the DOD will assess the feasibility of establishing a “high-level, interagency” cybersecurity working group between the two sides.

Finally, the bill contains a non-binding “sense of Congress” resolution, which urges the strengthening of defense and security ties with Taiwan, in areas including arms sales, exchange programs for military personnel and the transit of U.S. vessels through the Taiwan Strait.

On Wednesday, Taiwan Ministry of Foreign Affairs spokeswoman Joanne Ou (歐江安) thanked Congress for its bipartisan passage of the bill, which she said demonstrated lawmakers’ continued support for military cooperation and Taiwanese democracy.