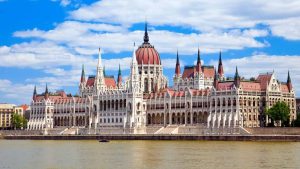 “The United States Government has also recognised that Hungarian migration and humanitarian policy is correct from all perspectives and from a moral, practical and economic approach”, head of the State Secretariat for the Aid of Persecuted Christians of the Prime Minister’s Office Tristan Azbej said in a statement to Hungarian news agency MTI in Washington.

Assessing the results of his two days of meeting, the Minister of State stressed: “The Government of the United States and its organisations all acknowledge that Hungary’s policy, according to which assistance must be taken to the source of the problem, instead of importing problems, is correct”.

“Based on Humanitarian, ideological and political considerations, in 2016 the Hungarian Government launched the Hungary Helps Programme to support Middle Eastern Christians”, Mr. Azbej told the press.

“The Government recognised and acknowledged the fact, which is unfortunately kept secret in the large majority of the world, that although Christians are the most persecuted religion, we nevertheless hear very little about this on international forums, and more importantly, that nobody is taking action to protect these communities in Asia, the Middle East and Africa”, the Minister of State said.

“Hungary’s position with relation to migration is absolutely clear”, he underlined.

“Mass, illegal and uncontrolled migration is a process that is in fact not good for anybody”, he declared, adding that “Migration causes social tensions in receiving countries, it leads to the creation of parallel societies, while source countries characteristically lose young people who represent the future and the opportunity to achieve progress”.

The Minister of State also said that, although only in a small ratio, but terrorist groups have also using the flow of migration to infiltrate Europe.

Mr. Azbej felt it important to highlight the fact that as a country with a Christian culture, Hungary has a special responsibility to support Christians who are suffering because of their faith.

“Hungary is a secular country, but this does not meant that we reject the Judeo-Christian values on which the traditions, culture and fundamental values of Hungarian society are built”, he added. “Europe also has Christian cultural roots, he pointed out, quoting one of the founders of the European Union, German Chancellor Konrad Adenauer, who said that Europe will either be Christian, or it will not be at all.

“Unfortunately, Europe has turned its back on its roots, as also indicated by the debate on the Sargentini Report in Strasbourg with week: the incomprehensible anger and the introduction of the various tools of the opinion dictatorship with which the Hungarian Government was attacked for building a Christian democracy”, Mr. Azbej emphasised.

The Minister of State said that based on his discussions and meeting the United States is not only citing Hungarian practice as an example, but has also began following it.

“The concrete reason for my visit to Washington was precisely to transfer Hungarian experiences”, he added, underlining however, that those political forces, including those who joined ranks against Hungary in the European parliament, who support migration have an interest in the implementation of the “Soros Plan”, and do not want Hungary’s example to spread.

“The Hungarian example is an example of sober love, practicality, security policy and cultural self-preservation rolled into one”, Mr. Azbej said.

In Washington, the Minister of State met with leading officials from the United States International Development Agency, and held talks with State Department officials and representatives of religious and other nongovernmental organisations, in addition to presenting the Hungary Helps Programme at a Senate roundtable discussion. “The wide acknowledgement of the Programme is definitely also facilitating the further expansion of Hungarian-American bilateral relations”, he stated.