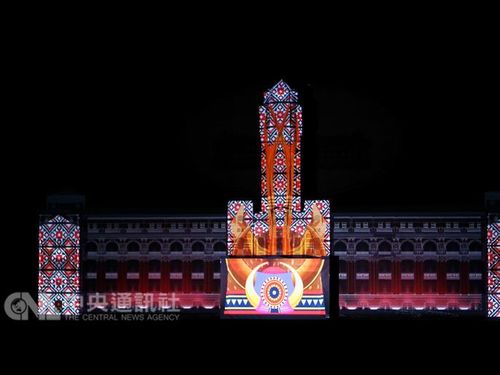 Taipei, Oct. 18 (CNA) Leaders on the two sides of the Taiwan Strait should show wisdom, determination and patience to forge a new model for bilateral ties and lay a solid and long-lasting foundation for perpetual peace in the region, the Presidential Office urged Wednesday.

“We are keeping a close tap on the development in cross-strait relations and all situations in the region,” the Presidential Office said in a statement responding to remarks by Chinese President Xi Jinping earlier in the day.

Speaking at the opening of the 19th Congress of the Communist Party of China, Xi stressed Beijing’s intent to safeguard its “one China principle” and the “1992 consensus” in handling cross-Taiwan Strait ties.

He also said China will deal appropriately with changes in Taiwan’s situation and spare no effort to oppose Taiwan’s independence movement while maintaining peace and stability across the Taiwan Strait.

Xi’s comments offered little that was new, and the Presidential Office’s response essentially echoed remarks made on previous occasions by President Tsai Ing-wen (蔡英文), including during her National Day address on Oct. 10.

In terms of cross-strait ties, the Presidential Office stressed that “we are fully committed to building peace in the region and across the strait.”

The government has done its best to stabilize two-way relations, “extending maximum goodwill to the other side hoping to mend hostilities and differences step by step,” it said, noting that “the international community should have seen efforts made by Taiwan in this regard.”

Maintaining cross-strait peace and stability and creating benefits for the people are common goals of the leaders on both sides, the Presidential Office reiterated.

It also repeated a previous Tsai pledge: “We will not revert to the old path of confrontation, and we will not bow to pressure.”

The Mainland Affairs Council (MAC), the agency responsible for charting Taiwan’s policy toward China, said in a statement that the Chinese Communist Party’s advocacy of the “one China principle” and the “one country, two systems” formula will have trouble winning over the hearts of the Taiwanese people.

It called on Beijing to think of a new model in its dealings with Taiwan.

The MAC also expressed regret that Xi’s talk demonstrated Beijing’s longstanding stance of wanting to contain Taiwan, saying that long-term political disputes across the strait can be resolved, but man-made barriers and hostilities have led to confrontation and stalemate.

The MAC urged Beijing to engage in implementing policies conducive to “democracy, peace, fairness and justice,” and adopt new thinking to face a new relationship across the strait and become a genuine peacemaker and protector in the region.