Taiwan thanks U.S. for approving sale of military spare parts 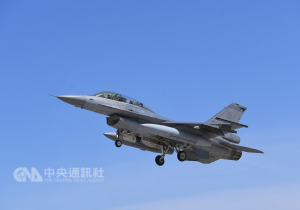 Taipei, Sept. 25 (CNA) Taiwan on Tuesday thanked the United States for approving the sale of a new arms package that will replenish the supply of spare parts for a number of Taiwan’s military aircraft, including its F-16s, to beef up its defense capabilities.

The Defense Security Cooperation Agency (DSCA) under the U.S. Department of Defense (DoD) announced Monday that the State Department has approved a possible Foreign Military Sales Order (FMSO) II covering requisitions worth an estimated US$330 million.

The possible sale includes the replenishment of standard spare parts and the repair and replacement of spare parts in support of the F-16, C-130, F-5, Indigenous Defense Fighter (IDF) and other aircraft systems and subsystems, the DSCA statement said.

Presidential Office spokesman Alex Huang (黃重諺) expressed gratitude for the move, saying it will beef up Taiwan’s self-defense capabilities and shows that Washington is keeping its promise to Taipei to provide defensive weapons under the Taiwan Relations Act and the Six Assurances.

“It will also give Taiwan’s people more confidence in facing increasing security challenges in the region and ensure that our country has enough of a capability to maintain peace and stability across the Taiwan Strait,” he said.

The government will also continue to beef up its investment in national defense and develop an indigenous defense industry while maintaining close communications and cooperation with the U.S. on security issues, Huang said.

According to the DSCA, the proposed sale of spare and repair parts is required to maintain the recipient’s defensive and transport aerial fleet and will not alter the basic military balance in the region.

This notice of a potential sale to the U.S. Congress is required by law and does not mean the sale has been concluded, according to the DSCA.

Taiwan’s Ministry of National Defense said the deal is expected to officially take effect in one month.

According to a nine-step flow chart Taiwan’s Defense Ministry published earlier this year that shows the standard procedures used by Taiwan in pursuing Foreign Military Sales (FMS) from the U.S. government, Taiwan first decides what weapons it needs and then submits a Letter of Request to the U.S. for review.

Should the U.S. give the request a green light, it sends an answer to Taiwan detailing its offer.

Taipei then reviews the offer and completes a proposal for the procurement project that it sends back to the U.S.

Different government branches on the U.S. side then look over the proposal before the U.S. government notifies Congress of the sale and the DSCA makes the deal public.

The process is completed once the two sides sign a letter of offer and acceptance, according to the MND-released chart.

Congress does not have to approve the sale separately but it has the power to block the sale, though such a move is highly unlikely in this case.