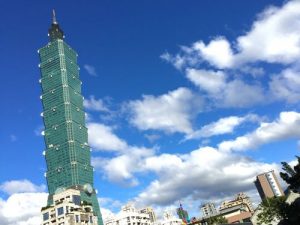 Brussels, Sept. 7 (CNA) Taiwan was ranked the fourth best place for expatriates to live and work, behind Bahrain, Costa Rica and Mexico, according to a recent annual global survey of top destinations for expatriates.

However, although Taiwan remained among the top five places for expatriates, the country lost its top spot from the previous survey by InterNations, the world’s largest website to serve expatriates, in 2016.

In the 2016 survey, Taiwan, Malta, and Ecuador were the top three destinations for expatriates but they all slipped down the rankings in the 2017 InterNations Expat Insider Survey. Taiwan remained ahead of New Zealand, Singapore, Germany, Switzerland and Austria, which are generally considered to offer a good quality of life, the Taipei Economic and Culture Office in Austria cited the survey as saying.

In the latest survey, InterNations said Taiwan came second in the Quality of Life index, one of the five individual indexes that make up the survey, and was first in the Health and Wellbeing category of that index as the country has world class healthcare and infrastructure.

Meanwhile, in the Leisure Options category in the Quality of Life Index, Taiwan took 20th place. It was also 24th in Personal Happiness, 6th in Travel & Transport and 15th in Safety & Security, according to the 2017 survey.

Among other indexes in the survey, Taiwan ranked as the 19th best destination on the Ease of Settling In index for expatriates, 12th in the Working Abroad index, 13th in the Family Life index and 14th in the Personal Finance index.

In the Ease of Settling In index, Taiwan took the 46th place in the language skills category, which was said by Business Insider to be a key reason for the fall in the country’s overall score in the index.

In the 2017 survey, InterNations took a close look at 65 destinations to see how these countries and areas were rated by their expat residents. The website looked at more than 40 individual factors that influence an expat’s experience of living in a foreign country, from family life to finances.

The 2017 survey, conducted from February to March 2017, asked nearly 13,000 expats about their quality of life to get the results.