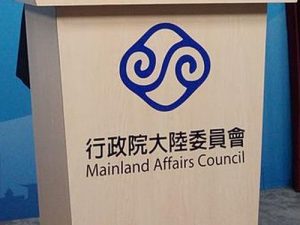 Taipei, Aug. 21 (CNA) The Mainland Affairs Council lodged a strong protest Tuesday over China, which it denounced for constantly brutally wresting allies away from the Republic of China (Taiwan) in an attempt to press Taiwan into submitting to its political stance.

The protest was made following Minister of Foreign Affairs Joseph Wu’s (吳釗燮) announcement earlier in the day that Taiwan is cutting diplomatic relations with El Salvador after the Central American nation asked Taiwan for an “astronomical sum” of financial assistance for a port development project.

In a statement, the top agency in charge of China policy criticized Beijing for continuously ignoring Taipei’s goodwill requests for dialogue on peace in Taiwan Strait.

China’s repeated suppression of Taiwan, which the agency described as “the source of unrest maliciously damaging the peace and stability in the strait and the region,” harms the Taiwanese people’s feelings, rights and interests.

This brutish suppression will only serve to make Taiwanese people hold together more firmly, the agency said.

It reiterated the government’s determination to defend the country’s national sovereignty and dignity, as well as the people’s rights and welfare, saying that the government will maintain its existing policy.

“Taiwan has stern faith in self-defense and a democratic system against communist China’s brutish practices,” the agency said.

Meanwhile, ruling and opposition lawmakers all contended that China’s luring away of Taiwan’s allies does not help the development of cross-strait relations.

“In order to stifle Taiwan’s diplomatic progress in the United States, China is willing to satisfy El Salvador’s needs. The Chinese taxpayers should think about whether their money has been spent correctly,” Wang said.

Meanwhile, Taipei Mayor Ko Wen-je (柯文哲) suggested that Beijing should not let nationalism expand excessively. “It should be wiser in handling cross-strait affairs,” said the popular political independent, who is seeking his second term in year-end elections.

On the other hand, he suggested, Taiwan should be able to stand on its own in the international community. “Taiwan should not put its future into the hands of the goodwill of other (countries),” the outspoken mayor said.

El Salvador is the fifth diplomatic ally to switch its loyalty from Taiwan to China since Tsai Ing-wen (蔡英文) of the independence-leaning DPP took office in May 2016, often because of promises of huge financial assistance packages or loans from Beijing.

The latest cut in ties reduces the number of countries maintaining diplomatic relations with Taiwan to as few as 17.