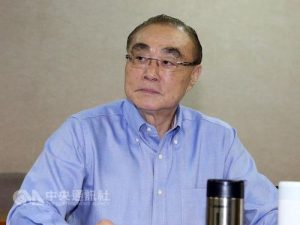 Taipei, Oct. 3 (CNA) Defense Minister Feng Shih-kuan (馮世寬) said Tuesday that Taiwan’s military is strong enough to resist a possible Chinese invasion for “more than two weeks” — longer than one of his predecessors, Lee Tien-yu (李天羽), had envisioned nearly a decade ago.

Feng made the remarks in answer to opposition Kuomintang lawmaker Lai Shyh-bao (賴士葆), who asked him how long Taiwan’s armed forces would be able to resist a Chinese attack now, as Lee had once said the country could “hold on” for just two weeks in such a scenario. Lee was defense minister from May 2007 to February 2008.

“It’s been quite a long time since Lee was minister of national defense, and our military has become much stronger since then. We will be able to resist (such an attack) for longer than that,” Feng said.