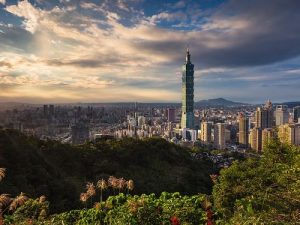 London, Aug. 13 (CNA) Taipei has moved up two places in the rankings of the world’s most livable cities to 58th place, according to the 2018 Economist Intelligence Unit’s (EIU) Global Livability Ranking. Taipei edged past the South Korean capital Seoul, which dropped one spot to 59th from last year, according to the report released Monday.

For the first time, the Austrian capital Vienna topped the list of 140 cities surveyed by the EIU, dislodging Australia’s Melbourne, which had held first place for a record seven consecutive years.

Although both Melbourne and Vienna have registered improvements in livability over the last six months, increases in Vienna’s ratings, particularly in the stability category, have been enough for the city to overtake Melbourne, the report said.

Vienna’s top ranking also reflected improvements in stability and safety in Europe, which has had to step up security due to a higher perceived threat of terrorism, according to the report.

Rounding out the top 10 were the Canadian city of Toronto and Japan’s capital Tokyo, both with a score of 97.2, Copenhagen in Denmark (96.8), and Adelaide in Australia (96.6).

In Asia, after Osaka and Tokyo, the third most livable city was Hong Kong, which rose 10 spots in the rankings to 35th overall, followed by Singapore at 37th in the world rankings.

The survey assesses living conditions in 140 cities worldwide, scoring them on the basis of some 30 qualitative and quantitative factors across five broad categories, namely stability, healthcare, culture and environment, education, and infrastructure.

At the bottom of the list this year was Syria’s war-torn capital Damascus, with an overall score of 30.7.