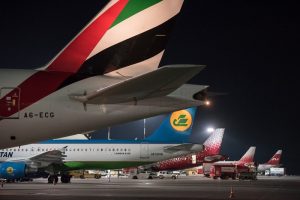 Starting January 1, 2020, Pulkovo Airport will introduce the seventh-freedom rights regime for foreign airlines to fly to St. Petersburg. The Ministry of Transport of the Russian Federation approved a list of 30 countries.

“We are grateful for the tremendous support from the Government of the Russian Federation, the Ministry of Transport of the Russian Federation, the Federal Antimonopoly Service of Russia, the Government of St. Petersburg and the VTB Group. Pulkovo Airport is the first airport in Russia that received the seventh-freedom rights regime for foreign airlines.

Together with recently introduced e-visas and the possible flexible tariff management for handling in St. Petersburg flights abroad and to Moscow, this measure will contribute to Pulkovo Airport’s development strategy as an international aviation hub. Now, having unique market conditions, new foreign airlines will be able to develop actively in St. Petersburg, and Russian carriers will have the opportunity to expand their regional route networks and increase the frequency of flights to the existing destinations from Pulkovo. I am confident that these measures will be a powerful impetus to increasing the transit and foreign traffic to St. Petersburg, enhancing the transport accessibility of the city and providing Pulkovo passengers with a wide range of direct flights to points within Russia and foreign countries,” said Leonid Sergeev, Chief Executive Officer of Pulkovo Airport operator Northern Capital Gateway LLC. “The development of tourism in St. Petersburg will ensure the export of tourism services to the international market, create new jobs and additional tax revenues to the budgets of all levels. The introduction of attractive conditions for carriers on the St. Petersburg aviation market is the logical continuation of the development of the country’s tourism industry.”

The list of approved countries for the seventh-freedom rights regime for Pulkovo Airport is divided into two subgroups:

1. Countries, for which the seventh-freedom rights regime for Pulkovo Airport can be introduced without restrictions:

2. Countries for which the seventh-freedom rights regime for Pulkovo Airport can be introduced with restrictions for points of departure or arrival:

The seventh-freedom rights regime allows the airline to perform flights between two foreign countries while not offering service to the carrier’s own country.

St. Petersburg is a world cultural capital and the second largest city in Russia. The city has repeatedly been named the best destination for cultural tourism by the prestigious World Travel Awards. Since October 1, 2019, citizens of 53 countries can enter the Russian Federation via St. Petersburg on the basis of electronic visas. The visa application form must be accurately filled out in accordance with the passport in order to avoid errors and refusal to enter Russia.

Pulkovo St. Petersburg Airport is the fourth airport in Russia in terms of passenger numbers. For 11 months of 2019, Pulkovo served 18.2 million passengers, which is 8.2% more than in the same period of 2018. In 2019, St. Petersburg airport, for the fourth year in a row, became the winner of the national ‘Air Gates of Russia’ award, according to the passengers’ votes.

Pulkovo Airport implements two bonus programs for supporting airlines on the St. Petersburg market: an airport’s Incentive Program and a Support Program for new destinations elaborated jointly with the Government of the city.

Since 2010, Northern Capital Gateway LLC has been the main operator of Pulkovo implementing the airport reconstruction and development project under the public-private partnership agreement with the city St. Petersburg.