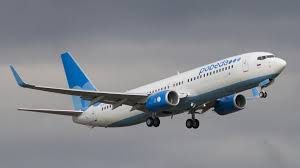 Having established operations at Milan Bergamo in December 2015, Pobeda has added to its successful Moscow Vnukovo service by launching direct flights to St. Petersburg from Italy’s third largest airport. Launched 11 October, the low-cost carrier will operate a three times weekly link between Milan Bergamo and Russia’s second largest city, with the service poised to add an extra 27,000 seats to the Italian airport’s winter schedules.

Along with the new St. Petersburg route, Pobeda will also increase the number of flights it operates on its popular Moscow service. From the start of the winter season, commencing 28 October, the carrier will add an additional two weekly flights to its current daily schedule, adding a second daily rotation on Fridays and Sundays. From 21 December, the airline will further commit to the marketing by adding an extra five weekly flights, resulting in a twice-daily service to the Russian capital.

Commenting on Pobeda’s expansion, Giacomo Cattaneo, Director of Commercial Aviation, SACBO, says: “It is very encouraging to see that Pobeda has seen the greater potential of the Russian market from Milan Bergamo by adding this additional route to St. Petersburg, while further committing to the airport by increasing the frequency of its popular Moscow operation.” Adding to this, Cattaneo states the strong ties that the local airport community has with St. Petersburg: “Russia’s second largest city has strong links with this part of Italy. Giacomo Quarenghi, an architect born in the 18th century in a small village near Bergamo, was the foremost and most prolific practitioner of neoclassical architecture in Imperial Russia, particularly in St. Petersburg. He brought into vogue an original style of Palladian inspiration, which was a reference for many architects who worked in Russia. Some of his works in the city include the Hermitage Theatre, the Raphael Loggia in the Winter Palace, plus the Narva Triumphal Arch.”

Director of the Information Business Centre of St. Petersburg in Milan, Yaroslav Meshavkin, added of the route: “The launching of this new aviation connection between Milan Bergamo and St. Petersburg demonstrates mutual business interest between one of the most European cities of Russia and the dynamic economy of Lombardia. Bergamo is a very interesting point as a destination in many aspects: touristic, cultural, educational and others. For example, the higher education school of St. Petersburg and the University of Bergamo are involved in mutual projects.” Meshavkin also added: “The direct flight from St. Petersburg to Bergamo is a very fast and a comfortable way to get to Milan. Bus transfers from Bergamo Airport drive to the heart of the city and the trip takes around the same time as it does from other airports in Milan. It will be highly appreciated by business travellers as well as tourists.”

Russia is Milan Bergamo’s eighth largest country market this winter, with over 370,000 passengers having flown with Pobeda since the LCC commenced operations from the airport three years ago. A subsidiary of Russian flag carrier Aeroflot, Pobeda was founded in 2014, and presently operates a fleet of 22 737-800s configured in a 189-seat layout.