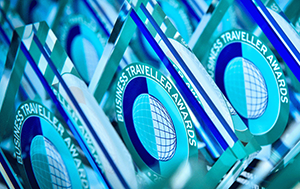 oneworld® has been named Best Airline Alliance for the fifth year in a row in the 2017 Business Traveller awards – confirming oneworld’s position as the most highly prized global airline alliance.

oneworld is the current holder of seven of the leading “best airline alliance” titles available in the various industry award schemes.  Besides the Business Traveller title, oneworld is also currently holder of:

oneworld member airlines also flew high in Business Traveller’s 2017 awards, with the alliance and its carriers taking nine of the 17 awards available to airlines.

Cathay Pacific was shortlisted in five categories, Japan Airlines in two and Qantas in one.

The awards, presented at a ceremony in London today, are voted for by readers of the leading UK magazine’s readers, with the results authenticated by an independent auditing company.  Business Traveller describes them as being “widely recognised as the market’s benchmark for excellence”.

To see the full results, go to businesstraveller.com

As part of oneworld, these airlines:

oneworld member airlines work together to deliver consistently a superior, seamless travel experience, with special privileges and rewards for frequent flyers, including earning and redeeming miles and points across the entire alliance network.  Top tier cardholders (Emerald and Sapphire) enjoy access to more than 650 airport lounges and are offered extra baggage allowances. The most regular travellers (Emerald) can also use fast track security lanes at select airports.