One billion impressions in one year 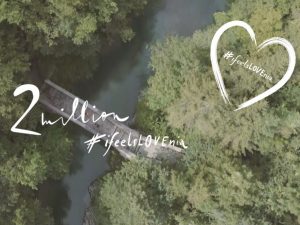 In 2019, The Slovenian Tourist Board (STB) carried out six impressive digital campaigns, which in total reached almost one billion ad impressions on portals, social networks and television channels, and several hundred million social media users. The Slovenian Tourist Board also executed digital campaigns in cooperation with the most influential global media giants such as National Geographic and the BBC.

In addition to the Two Million Reasons Why We Feel Slovenia, these highly visible and successful digital campaigns used by the STB to systematically, effectively and innovatively feature Slovenia as a destination for unique experiences committed to sustainability include: the campaigns Slovenia’s Waters of Well-Being and 4 Elementson National Geographic channels, the 2019 Global Digital Campaign, part of which was the series Only in Slovenia on the BBC, and the DACH campaign.

The Slovenian Tourist Board devised the campaign with the goal of fulfilling current challenges in Slovenian tourism as well as those defined in the 2017–2021 Strategy for the Sustainable Growth of Slovenian Tourism, such as deseasonalising tourism and dispersing tourist flows. 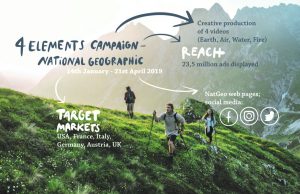 On this occasion, State Secretary Eva Štravs Podlogar highlighted: Slovenia is increasingly becoming a recognisable tourist destination. Excellent promotional activities carried out in foreign markets by the Slovenian Tourist Board have contributed greatly to this, and particularly its digital promotional campaigns, which address the broader public around the world. Digital promotional campaigns impact the dispersal of tourists in time and space since these campaigns also promote less developed and lesser known tourist destinations. Most importantly, Slovenia is presented as an attractive destination 365 days of the year in these digital promotional campaigns. It is certainly not enough that tourists are successfully addressed and drawn to visit Slovenia. The tourist offer and hospitality they experience in our country are also important. For this reason, we will help the leading tourist destinations to develop competences and new, attractive tourist products and digitalise our cultural heritage using European funds over the next two years. Our common goal is to develop 5-star experiences of interest to domestic and foreign tourists so that they consequently spend several days in Slovenia and happily share their experiences on social media. 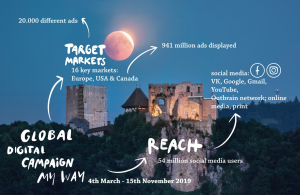 Mag. Maja Pak, Director of the STB, emphasised the effectiveness of six key digital campaigns with which the STB reached several hundred million users worldwide: The Slovenian Tourist Board carried out six key digital campaigns this year; some of them involved the largest and most credible global media such as National Geographic and the BBC. With posts and videos whose production and content stood out from the average, we showcased Slovenia as a unique and richly authentic country with beautiful natural features and attractive experiences. Campaigns presented on the most important social networks, web portals and high-reach media recorded excellent results, including almost one billion ad impressions on social networks, television channels, and in print media, and reached no fewer than 274 million social media users.”

At the end of the Two Million Reasons Why We Feel Slovenia campaign, Mag. Pak stated:The realisation of the objective of a total of two million posts in only a year and a half proves that Slovenian citizens and numerous visitors to Slovenia took the campaign on board, and the posts reached as many as 200 million online users. The campaign sought to find two million reasons for our excitement about the scenic beauty of our country. And we found them. By sharing experiences, feelings and suggestions, we became the most authentic ambassadors of Slovenian tourism. Together we uncovered known and, particularly, less known but equally attractive destinations, products and experiences throughout the year, and thus contributed to attaining the objectives set in the 2017–2021 Strategy for the Sustainable Growth of Slovenian Tourism, with which we address the modern guest and respond to the challenges of modern tourism.