Minister of foreign affairs urges UN not to forget Taiwan 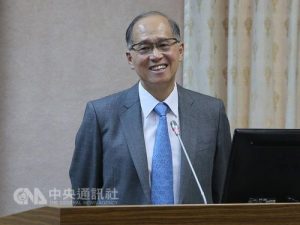 According to the Taipei Representative Office in the EU and Belgium, Belgium’s biggest French language newspaper Le Soir published an article by Lee titled “Taiwan, a Valuable Partner for SDGs — True Universality” on Wednesday.

The article also said that the United Nations Headquarters symbolizes diversity, equality and freedom, but the symbolic imagery is fading as more and more Taiwanese are prevented from entering.

It further points out that Taiwan has made for its nationals visa free arrangements with 165 countries and territories, winning the respect of many in the fields of business and education, but remains ineligible to enter the UN headquarters.

Lee notes that these restrictions are aimed directly at Taiwan and even extended to not allowing Taiwanese reporters to cover news at the UN.

In the Philippines, The Manila Times, Manila Standard, Malaya, Tonight and People’s Journal published seven articles by Lee from Sept. 1-4 in which Lee stressed that Taiwan is an important partner in the joint national Sustainable Development Goals (SDGs) and called on the UN not to reject Taiwan in order to realize the principle of true universality.

In Burkina Faso, one of the biggest media agencies, French-language newspaper Sidwaya, also published an article by Lee on Wednesday in which he points out that Taiwan has given US$6 billion for global medical care since 1996 but was left out of the World Health Assembly in May 2017.

He also pointed out that many lives were lost in 2003 to SARS due to inactivity from the WHO in its contacts with Taiwan.

Lee said that Taiwan compares well to any country in terms of human rights and equality and performs better than many.