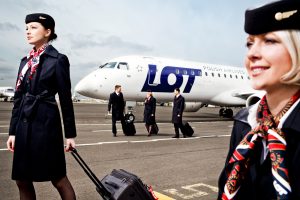 Warsaw, 8 January 2019 – The Poland’s flag carrier flies directly from Warsaw to London City (LCY) up to twice a day. For this special route LOT acquired four brand-new Embraer 190 jets. From February 18th they will operate to London City from Budapest and from May 1st to Vilnius 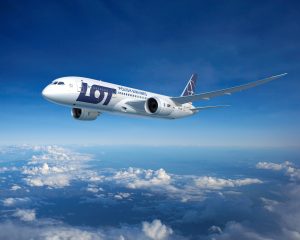 London City Airport is conveniently located in London’s Royal Docks, is the nearest airport to the business and financial centre of London and less than six miles from famous attractions such as Tower Bridge and the Shard. The newest service offered by LOT will bind Polish-UK relations even stronger, based on the hugely important human and economic links between the countries.

The schedule will be in favor of business passengers flying to London-City from Warsaw as well as the other cities in the region such as Vilnius, Kiev, Lviv, Riga, Bucharest, Larnaca or Tbilisi. From now on they will be able to complete their journey within one working day. For passengers travelling from London City, LOT gives an excellent alternative to fly to many eastern destinations such as Singapore, Tokyo, Seoul, Beijing or Astana as well as to almost all our destinations in Central & Eastern Europe with only one short and comfortable layover at LOT Warsaw Hub at Chopin Airport. It is expected that the route will appeal to leisure travelers seeking city breaks in either direction. 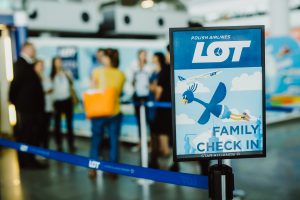 “We are more than happy to welcome passengers onboard our flights to London City. London City is the most convenient airport for those passengers willing to get to the City of London in the shortest and most comfortable way not only from Warsaw, but soon from Budapest and Vilniusas well. We are certain that new connections will be in favor of passengers travelling to CEE region and are going to be among the most successful routes in our constantly growing network” – says Adrian Kubicki, Director of Corporate Communications at LOT Polish Airlines. 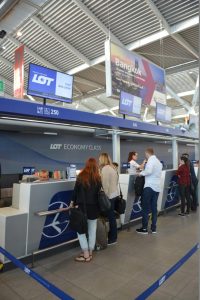 Richard Hill, Chief Commercial Officer at London City Airport, said: “For the first time in a decade, a regular service between London City and Poland has commenced, strengthening the ties between our countries, encouraging tourism and fostering business links between London and Warsaw – now and in the future. Warsaw is another major European capital city to add to our route network, boosting our Central European offer, and providing onward connections to Asia through LOT Polish Airlines’ extensive network.

“LOT Polish Airlines is the first new airline to land at London City in 2019 and the fact that Poland’s flag carrier has strategically chosen London’s most central airport to expand operations in the city, and is making a significant investment to do so, shows confidence in the speed and convenience of the London City experience and our long-term growth prospects, with Budapest and Vilnius to follow in quick succession.”

In order to operate to London City LOT has decided to acquire brand four new Embraer E-190 jets, which are compatible with the shorter runway and steep approach at London City. The airplanes were delivered to LOT by the end of 2018 directly from the Embraer factory in Brazil. The new Embraer E-190s have capacity of 106 comfortable seats in three class of travel (business, premium economy and economy class), which gives an efficient combination of optimum range and maximum number of passengers.

Flights to and from London City are available for purchasers  through all channels, including LOT.com, LOT Contact Center and at travel agents.