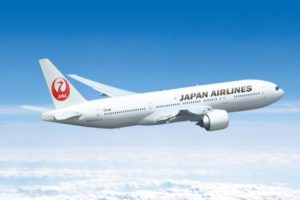 Japan Airlines (JAL) and Garuda Indonesia have signed a strategic partnership agreement, which will greatly benefit the customers of both airlines by providing more travel options between the two countries. 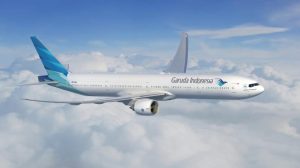 “Indonesia is well known for its warm hospitality and rich diverse culture” said Yuji Akasaka, President of Japan Airlines. “We look forward to the partnership with Garuda Indonesia, who continuously strives through its transformation program and has achieved a 5-star Airline rating by Skytrax. I truly believe we can provide our mutual customers the highest level of service, which excels the industry standard.”

Garuda Indonesia President & CEO Pahala N. Mansury said, “We are pleased to announce this partnership with JAL which will further extend our network not only to Japan, but also to US. Japan is one of important market for Indonesia and through this partnership we can offer more travel options for the increasing number of passengers traveling between the two countries and beyond Japan. At the same time, the partnership is expected to boost trade and tourism activities by making Indonesia much more accessible for Japan visitors.”

‘This partnership is believed to offer a unique advantage for Garuda Indonesia’s passengers who will enjoy JAL’s unparalleled services including check-through service, lounge access, in-flight meal and other service” said Pahala.

In addition to the codeshare cooperation, in which JAL and Garuda Indonesia aim to expand the applicable routes in the near future, the carriers will look to develop the partnership in various areas, including the enhancement of their frequent flyer programs and ultimately pursue a joint business structure in their respective market.