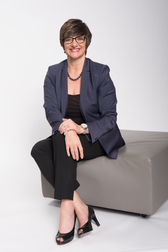 InterContinental Hotels Group (IHG), one of the world’s leading global hotel companies, has announced that it is gearing up for growth in Korea. The hotel group cites the success of its existing brands and identifies opportunities to expand it footprint in the market
Leanne Harwood, IHG’s Vice President Operations, South East Asia and Korea said: ‘On a regional level, we have our eyes firmly set on Korea. With a robust domestic market and a steady flow of foreign leisure and business visitors, our brands cater to guests from winter sports fans in the mountain resort town of Alpensia Pyeongchang, to corporate travellers in some of the major cities. Korea also represents a substantial outbound market for us, where Korean business and leisure travellers make a sizeable contribution to our network across South East Asia.”

Commenting on the figures, Leanne said: “Korea has been stepping up its campaign to attract travellers and meetings, incentives, conferences and exhibitions and we are well placed to serve this market.”

Next year, Korea’s profile will be raised as the world turns its head to the PyeongChang 2018 Olympic and Paralympic Winter Games. “As well as putting the country front of mind amongst overseas travellers, the games are expected to attract 20 million tourists1 in 2018 and will see us welcome members of the International Olympic Committee to our hotels,” added Leanne.

Steven will be responsible for expanding IHG’s presence in Korea and brings more than 20 years’ experience in hotel development, strategic planning, and consultancy. He will be working closely with the group’s newly appointed Vice President of Development in South East Asia and Korea, Serena Lim, to identify strategic growth opportunities and strengthen relationships with local developers.

Steven Choi, Development Representative, Korea commented: “I am excited to be back with IHG where I started my professional career back in 1993. There is huge potential for IHG in Korea. The scale and diversity of IHG’s brands means that our hotels can meet a variety of guests needs – whether attending a conference or even an Olympic event. I’m really looking forward to welcoming more hotels to IHG’s Korea portfolio in the near future.”