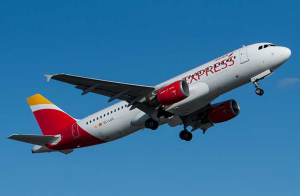 With more than 82% of its flights on time in 2018, Iberiaitself was ranked Europe’s 3rd most punctual carrier (6thin world and 1st in Spain), according to industry monitorsFlightGlobal.

Madrid, 10 January – The new year got off to a good start for the Iberia Group with the news that its low-cost subsidiary unit, Iberia Express, put in the world’s best on-time performance for the fifth year running, though this year it was equalled by Brazil’s Azul, according to industry consultants and record-keepers FlightGlobal. This was regarded as a major achievement in such a competitive segment of the aviation industry.

Iberia itself was ranked Europe’s 3rd most punctual carrier, 6th in the world, and 1st in Spain, according to FlightGlobal.

The year was a difficult one for the industry in Europe, due to new traffic control regulations, strikes by air traffic controllers in France and elsewhere, bad weather, and other factors.

In this context, and given the importance of maintaining the highest standards of quality and service expected by Iberia Group customers, this performance is viewed as a triumph for the two airlines both of which saw major expansions of seat supply and also increases in demand during the year.

About Iberia: Iberia is the leading carrier on routes between Europe and Latin America, and it flies to 124 destinations in 48 countries in Europe, the Americas, Africa, Middle East, and Asia. Together with its subsidiary Iberia Express and its franchise partner Iberia Regional/Air Nostrum, it operates about 600 flights each day with a fleet of some 135 aircraft. It offers easy and convenient connections at its hub in T4 in Madrid-Barajas airport.Iberia was the world’s most punctual airline in 2016, according to Flightstats. The airline was recently awarded its 4th Skytrax star. Iberia is a member of the oneworld alliance that operates more than 14,000 daily flights to some 1,000 destinations in more than 150 countries. For more information, please visit http://grupo.iberia.es