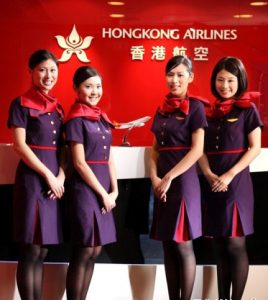 [Hong Kong ▪ 12 October 2017] Hong Kong Airlines has announced that it will launch a new non-stop service between Hong Kong and San Francisco from 25 March 2018.
The new service will expand the airline’s presence in North America, following the launch of its services to Vancouver on 30 June 2017 and Los Angeles on 18 December 2017. Hong Kong Airlines will also be looking to further enhance connectivity to the US by launching a service to New York later in 2018.
The timing of the new service ensures that travellers arrive in San Francisco early in the morning – particularly enticing for those seeking to maximise their time in The Golden City. In turn, an evening arrival back in Hong Kong guarantees passengers a restful sleep, following a long flight.
Hong Kong Airlines’ new Hong Kong-San Francisco service will be operated by its brand-new Airbus A350. The fuel-efficient widebody aircraft features a total of 334 seats, with 33 in Business Class, 108 in Economy Comfort and 193 in Economy Class.

All Business Class seats have a width of 23” and are able to fully recline into a flatbed. This, combined with specially designed smooth and soft bedding, will ensure that passengers can enjoy the highest quality of sleep in the air. Meanwhile, all seats are also equipped with the latest high-definition TV screens offering a variety of inflight entertainment options, including movies, television, news and music. Each seat also has a power outlet and USB port fitted to the side for maximum convenience. Finally, onboard Wi-Fi service is available to all passengers, of which the first 15 minutes of use is free.

Mr Li Dian Chun, Chief Commercial Officer of Hong Kong Airlines said: “Our transition from a regional airline to a global carrier continues to gain traction, as San Francisco becomes our third destination in North America. According to San Francisco International Airport, it served an all-time record of 53.1 million passengers last year, which represented a 6.1% growth year on year. We anticipate even more growth in the future. As a popular destination for both business and leisure travellers, we are delighted to offer passengers with more flexibility and options when travelling to The Golden City.”

“We are honored that Hong Kong Airlines has made SFO a key part of their growth strategy in the United States,” said Mr Ivar C. Satero, Director of San Francisco International Airport. “This move reinforces our Airport as the global gateway to the world’s foremost center of technology, innovation, and tourism.”

The flight time between Hong Kong and San Francisco is approximately 13 hours. Flight schedule is as follows* (All Times Local) 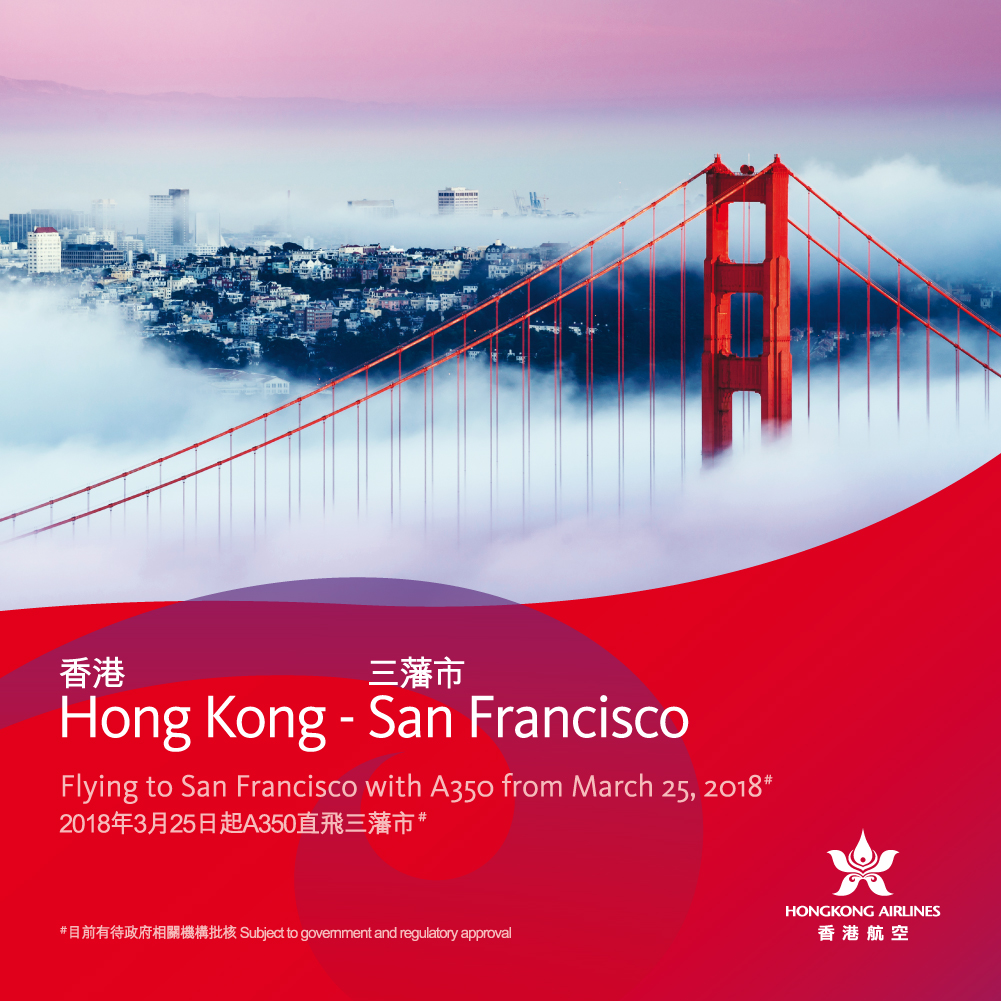