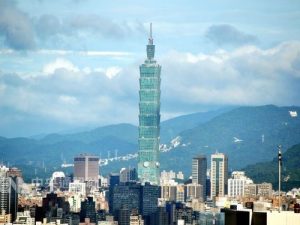 “With the official close of this deal, we’re expanding our footprint in the Asia Pacific region,” Rick Osterloh, senior vice president of Google’s hardware operations, said in his blog. “Taiwan is a key innovation and engineering hub for Google, and Taipei will now become the largest Google engineering site in APAC.”

In a filing with the Taiwan Stock Exchange, HTC said it had completed the deal to sell its smartphone ODM assets to the American company for US$1.1 billion, following the announcement of the acquisition last September and the regulatory approval three months later.

Under the deal, about 2,000 HTC engineers will go to work for Google, an American technology company that specializes in Internet-related services and products.

“(We) are welcoming an incredibly talented team to work on even better and more innovative products in the years to come.” Osterloh said. “These new colleagues bring decades of experience achieving a series of ‘firsts’ particularly in the smartphone industry — including bringing to market the first 3G smartphone in 2005, the first touch-centric phone in 2007, and the first all-metal unibody phone in 2013.”

He said it was the same HTC team that had been working closely with Goggle on the development of its Pixel and Pixel 2 smartphones.

Google, which is entering its third year in the hardware business, will get to work immediately with its new teammates, combining the best of its artificial intelligence, software and hardware resources, Osterloh said.

HTC, meanwhile, said it has retained a team of about 2,000 smartphone engineers that will continue to develop new models under the HTC brand.

The Taiwanese company is expected to use the proceeds from the deal with Google to strengthen its virtual reality business and cushion the losses in its smartphone operations, according to market analysts.

However, because HTC’s hardware business has been one of its major revenue sources, the disposal of a chunk of those assets is likely to shrink its bottom line in the long run, analysts said.

The company’s relatively new virtual reality operations, an attempt at product diversification, account for only a fraction of its overall sales, according to analysts.

After the announcement of the completion of the deal with Google on Tuesday, HTC shares rose 1.71 percent to close at NT$71.40 on the Taiwan stock market, which ended 1.29 percent lower at 11,076.78.