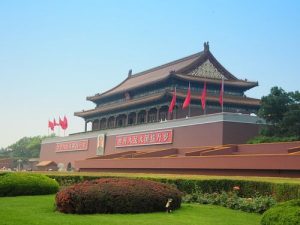 Berlin, Aug. 13 (CNA) A German student whose paper on human rights lawyers in China got him into trouble with the Chinese authorities told German newspaper Die Welt he does not regret what he did and would consider becoming an exchange student in Taiwan.

David Missal, 24, a journalism student at Tsinghua University in Beijing, was forced to leave China by Aug. 12 after his student visa was revoked apparently because of a paper he wrote on human rights lawyers in China.

As to why his master’s program report ran afoul of the Chinese authorities, Missal said he also shot a nine-minute documentary on dissident Qin Yongmin (秦永敏) who is in jail in Wuhan, central China.

Missal said he visited Qin with Lin Qilei (藺其磊), a human rights lawyer he got to know through Li Wenzu (李文足), wife of lawyer Wang Quanzhang (王全幛) who is also currently being detained.

Because his paper focused on the plight of lawyers in China, Missal said he had touched on a “taboo” topic — which he said is why his student visa was revoked. He was originally set to stay in Beijing for at least one more year.

He told Die Welt on Aug. 12, before heading back to Germany, that as a journalism student, it is his duty to try to “cross boundaries.” “I do not regret what I did,” he added.

Missal did say he felt sorry he may no longer be allowed to visit China, where he got to know a lot of brave people like the lawyers he met.

Following a German tradition of being a volunteer while at high school, Missal stayed in Nanjing for a year teaching German, an experience that inspired him to learn Chinese.

He now plans to finish his master’s program at Germany’s Freie Universitaet Berlin, while also considering becoming an exchange student in Taiwan.