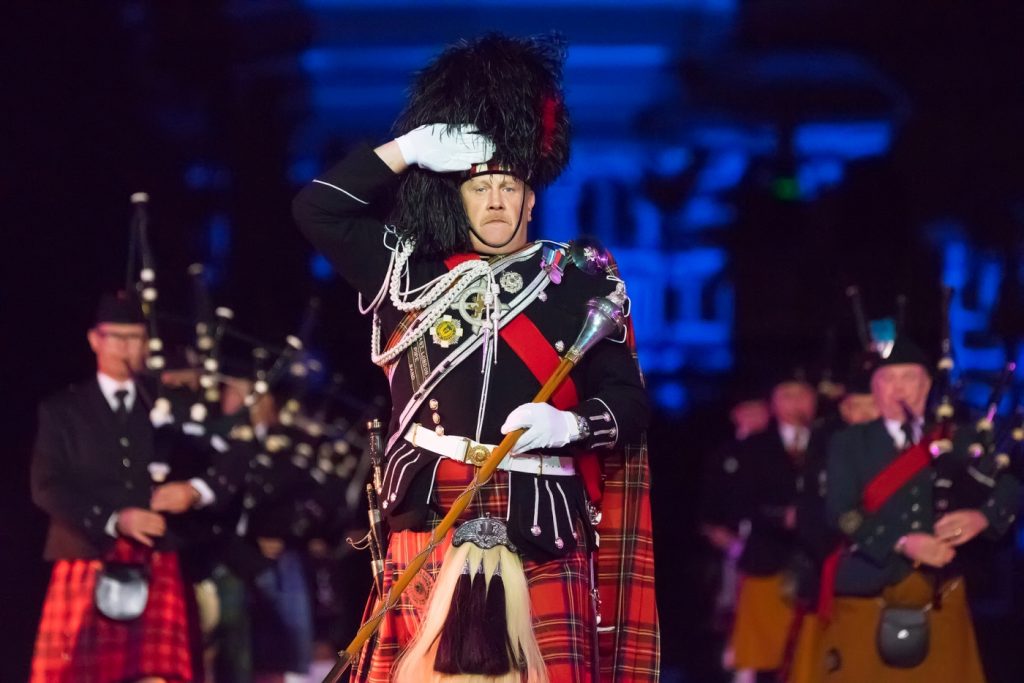 The Tenth International Military Music Festival «Spasskaya Tower» will take place from the 26th August till 3th September 2017. Throughout 10 evenings there will be represented the bright and colorful show in front of the audience and guests on Red Square of the best Russian and foreign military and orchestral collectives “framed” with theatrical elements, light installations and fireworks.
The festival is held every time since 2007 in accordance with an individual Order of the President of Russian Federation, which imposes on the organizers a huge responsibility, primarily in the part of the quality of preparation and content of the project.

The geography of participating countries of the project has traditionally covered all parts of the world. Bands from Russia, Austria, Armenia, Belarus, Egypt, India, Kazakhstan, China, Turkey, Italy, Uzbekistan, Switzerland and also the band of the European Union and the international group will perform at Red Square this year. 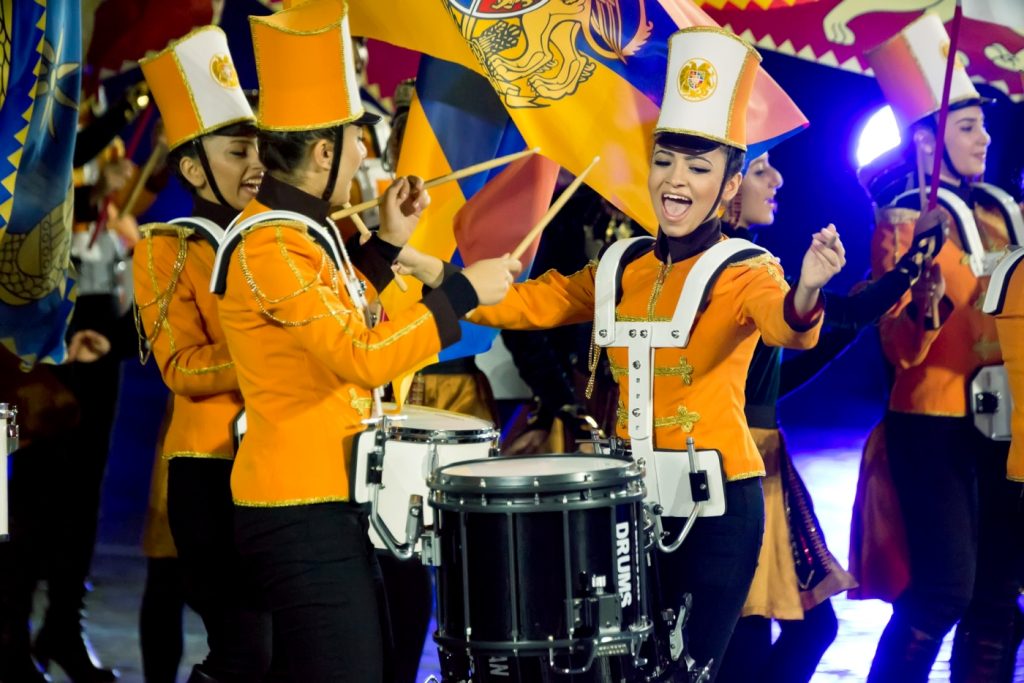 In addition to the main performances on Red Square, in the program of the Festival all fulfilled and demanded components by the audience are remained and improved. Further development will be also gained by the children’s program “Spasskaya Tower for kids” including an annual competition of children’s and youth brass orchestras, a review of children’s Honor Guard from different regions of Russia, master classes for children. The important component of the Festival will be the charitable program; due to this event, several thousand of people from the social unprotected groups of the population will be able to see the Festival. Traditionally the Festival “Spasskaya Tower” is held with great success – with a full notice. Only the spectator’s audience of the performances themselves makes 75 000 people. About 300 thousand people on average visit Red Square during the Festival.

In 2016, there was unprecedented interest to the project from mass media. More than 1500 publications were published about the Festival in print and electronic media. The project was covered not only by all major Russian federal TV channels, but also by TV companies from 11 countries. The audience of the project exceeded 120 million people worldwide.

At the same time the Festival doesn’t “stand still”. It grows and develops every year, becomes more large-scale, complex and multi-faceted event, justifying its status as the largest and international cultural project of the country.

This year the Festival with a support of Government of Moscow and the Ministry of Defense of Russian Federation has sharply expanded the number of urban areas, involved in activities with participation of military orchestras during spring and summer period, thereby integrating into urban life and reviving one of the most beautiful traditions, existing in pre-revolutionary time and during the Soviet period, – the tradition of performances of brass military orchestras in parks and squares of the capital. 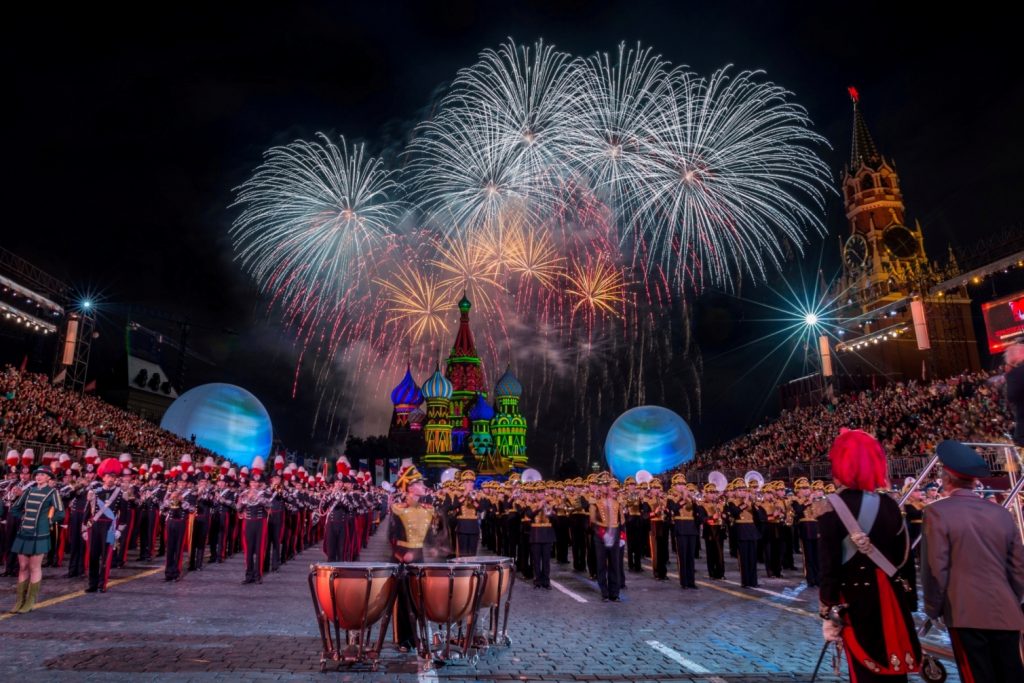 The Festival pays great attention to the development of children’s and youth directions. This year at the end of the May were held events, dedicated to Children’s Day: show of children’s brass orchestras in Alexander Garden and the concert-procession of Orchestra of students of Suvorov Military Music School at Three Station Square.

The Festival “Spasskaya Tower” is the large-scale project, demanded not only within the country, but also beyond its limit. The Festival became an event and the world-class phenomenon, the unique instrument of cross-cultural dialogue regardless of a political environment. “Spasskaya Tower” is the project, which demonstrates openness of Russia to the world, its great history and traditions.

The festival “Spasskaya Tower” meets its anniversary together with constant friends and partners: Rostec State Corporation, ROSOBORONEXPORT joint-stock, Transneft public joint stock company. For ten years these largest Russian companies give full support to the festival. Organizers of the festival “Spasskaya Tower” thank all partners for the significant contribution to the development and promoting of military music not only in our country, but also around the world.

The official news agency of the festival “Spasskaya Tower” in 2017 is INA “Russia today”.

Tickets to the International Military Musical Festival “Spasskaya Tower” can get on the site kremlin-military-tattoo.ru and in cash desks of the official booking operator Concert.ru and also in all theatrical cash desks of Moscow. 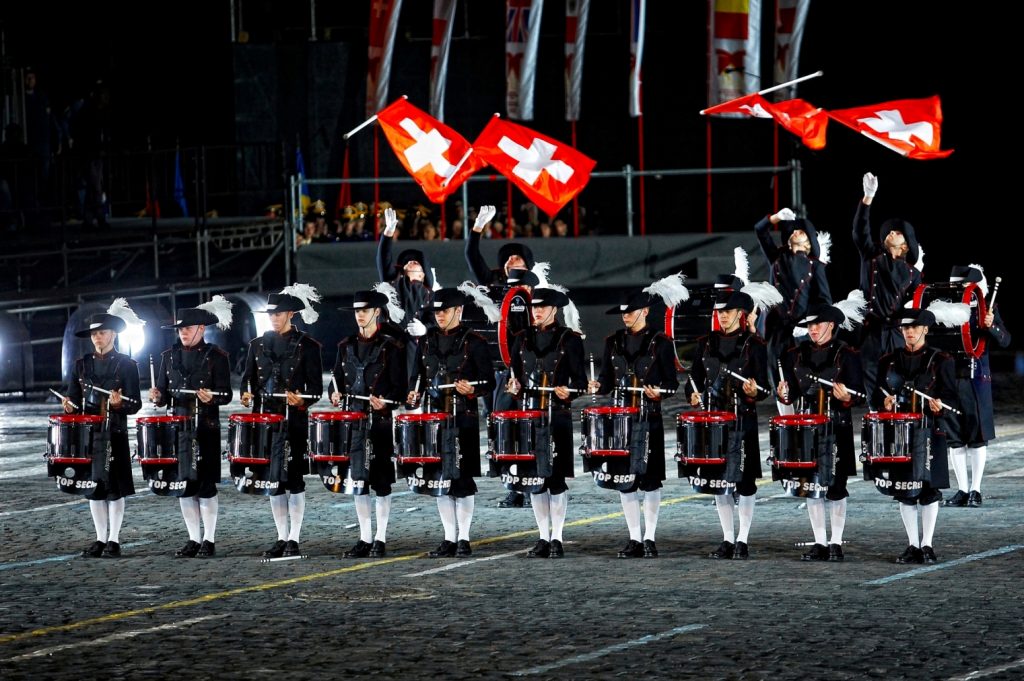