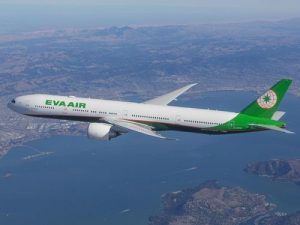 Taipei, Jan. 4 (CNA) Taiwan-based EVA Airways (EVA Air) remains one of the safest airlines in the world, ranking in the top 20 on a 2018 list compiled by the website AirlineRatings.com.

In its latest report published on Jan. 3, the airline safety ratings website said EVA had maintained its place on the top-20 list for five years in a row among the 400-plus airlines that were monitored.

The safety rating for each airline is based on comprehensive analysis, utilizing information from the world’s aviation governing bodies and leading associations, as well as government information and crash data, said AirlineRatings.com Editor-in-Chief Geoffrey Thomas.

However, the website does not consider just the number of incidents, he said.

“All airlines have incidents every day and many are aircraft manufacture issues, not airline operational problems,” Thomas said. “And it is the way the flight crew handles incidents that determines a good airline from an unsafe one. So just lumping all incidents together is very misleading.”

He said the top ranked airlines are standouts in the industry and are at the forefront of safety, innovation, and launching of new aircraft.