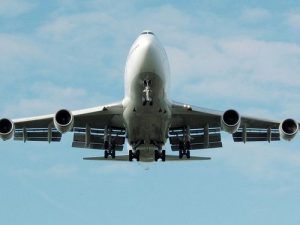 Both China Eastern Airlines and Xiamen Air released statements saying they had to cancel their extra flights because they could not afford to keep waiting for Taiwan’s response on those flights out of consideration for their customers.

Taiwan’s Civil Aeronautics Administration (CAA) announced on Jan. 19 that it was withholding approval for the two airlines’ applications to operate extra flights across the Taiwan Strait over the Lunar New Year period because of safety concerns.

The CAA’s move was made in response to China’s unilateral decision to launch four new commercial air routes in the Taiwan Strait, including a northbound M503 route, on Jan. 4, and the two Chinese airlines’ use of those new routes in the following weeks.

Both airlines are in the process of reimbursing or rescheduling flights for those who booked tickets with them.

In its statement, China Eastern expressed disapproval of the Taiwan government’s decision to withhold approval, and said many experts had been consulted and found no existing safety issues with the new routes.

Xiamen Air said, meanwhile, that Taiwan’s actions ignored the needs of the people of both sides of the strait and had severely damaged relations between people across the Taiwan Strait.

On Monday, Taiwan’s Ministry of Transportation and Communications said military aircraft will be used to transport Taiwanese in China home from Kinmen for the Lunar New Year holiday if no consensus is reached on the controversy over the M503 route.

To board the flights, Taiwanese passengers will have to use the “mini-three links” mechanism established between the two sides in 2001, meaning they will have to travel to Xiamen in Fujian province first in order to take ferries to Kinmen.