ACCOR LAUNCHES ‘WORK YOUR WAY’ PROGRAM TO LURE TOP TALENT TO TAKE UP OVER 1,200 JOBS AVAILABLE ACROSS AUSTRALIA & NEW ZEALAND 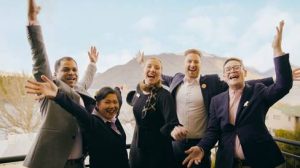 With Australia and New Zealand on the cusp of reopening to the world, and in readiness for the tourism rebound, Accor has launched a new talent attraction program, Work Your Way, to lure great talent to its workforce that will enrich the tourism industry’s future. 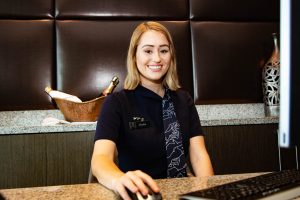 Accor is forecasting that over the coming months it will need to bolster its current workforce of 18,000 team members across Australia and New Zealand by up to 15%, whether that’s for a gap year or a career, as lockdowns end and borders reopen.

Accor’s Work Your Way program revolutionises recruitment in the tourism sector through:

Accor Pacific CEO, Simon McGrath, said: “The hospitality industry has an exciting future ahead, and our guests are telling us that they cannot wait to start travelling again. As domestic, and soon international tourists, flock back to hotels and restaurants across Australia and New Zealand, the industry needs talented individuals who wish to build a rewarding career. I could never give back to the industry what it has given me in terms of career development and learning opportunities. I have worked for Accor for a long time, because you can be yourself and take your career wherever you want. Our teams bring diversity, experiences and stories to our culture, which makes Accor a community for all to excel. If you are passionate about caring for guests and doing your best, you will go far in our business.”

Accor’s Work Your Way program is about meeting people where they’re at. It’s about doing what matters in every part of a team member’s life – whether that’s finding time for 8am swimming lessons, 3pm school pick-ups, or facilitating their dream of working in outback Australia or the snowfields of the South Island.

Accor Pacific Senior Vice President Talent & Culture, Sarah Derry, said: “Lives and dreams don’t always fit neatly around working hours and current roles – that’s why we’ve introduced Work Your Way at Accor. This program will create dramatic positive change by attracting great talent that will enrich our industry’s future. We recognise that greater flexibility in the workplace creates a fulfilling and inclusive team member experience where our team can contribute in a healthy, stimulating and productive way, while advancing their career with the largest hotel operator in Australia and New Zealand.”

Earlier this year, Accor launched its Accor Internship Program, which works with 22 hospitality institutions across Australia and New Zealand to provide fully paid on the job training for 100 students. And, for two decades, the Accor Indigenous Programs have been a talent initiative playing a key role in empowering indigenous success within Australia’s hospitality industry.

Across all workplaces and spaces, there is one thing that binds the Accor team together – Heartist culture – which is their shared and unwavering obsession with the joys of human connection. Every Accor team member is trained in Heartist culture and its guiding principles. It is these principles that help the team to make all people feel valued and welcome.

For the third time, LOT ranks the best airline in Eastern Europe according the ranking of Global Traveler USA

Warsaw, 12th December 2019 – LOT Polish Airlines has once again won the title of ‘Best Airline in Eastern Europe’ awarded by the American Global Traveler magazine. The prestigious award is a proof of the international recognition of the LOT brand and appreciation of the development of the airline in this part of Europe.

Global Traveler is an American magazine for managers who travel frequently in the USA and around the world. These are the Global Traveler readers who, together with experts, choose best hotels, airlines and loyalty programs every year. During a gala event held in Los Angeles, prizes were awarded in 38 different air industry categories. For the third time in a row, LOT has proved to be the leader of air transport in the region.

– The award, granted for the third time in a row by the American Global Traveler magazine, is a proof of the growing popularity of LOT not only in Europe but also in the United States. Over the past four years, we have more than doubled in growth, launching more than 70 new destinations and acquiring 40 aircraft. We are constantly improving our product and increasing the offer of available connections, including to the USA. Last year we had 8.9 million passengers travelling with us, and this year we will break the record of 10 million passengers carried onboard our aircraft. This is yet another token of LOT’s ability to leverage the region’s potential through the development of two hubs in Warsaw and Budapest and to become the leader in Central and Eastern European transport – says Rafał Milczarski, LOT Polish Airlines CEO.

The LOT offer comprises as many as 110 scheduled flights all over the globe. Since the beginning of 2016, the Polish carrier has announced the launch of more than 70 direct flights, including from Warsaw to Miami, Los Angeles, Newark, Seoul, Tokyo and Singapore, from Cracow to Chicago and New York, and from Rzeszow to Newark. In 2020, LOT is going to launch a number of new connections, including, inter alia, from Warsaw. The already announced destinations include: Beijing-Daxing from 15th January and San Francisco from 5th August.

Today, LOT operates flights from Budapest to New York, Seoul, London-City airport, Warsaw and Cracow. Next year, as part of the development of the hub in the capital of Hungary, passengers from Hungary will be able to choose from a total of 13 connections, including, inter alia, to: Brussels, Belgrade, Stuttgart, Bucharest, Prague, Sofia, Dubrovnik and Varna. Moreover, the number of flights to Seoul will also be increased from 3 to 4 per week, and flights to New York will be operated at a frequency of 7 flights per week, which is an excellent option for passengers travelling for tourism and business.

Focusing on 73 major tourism city destinations, the report provides estimates of the GDP and employment directly generated by the Travel & Tourism sector, and highlights successful initiatives, strategies and policies that have been implemented.

The report reveals many cities across North America make a significant contribution to the city’s overall GDP, with Cancun’s Travel & Tourism sector contributing almost half (46.8%), and Las Vegas contributing more than a quarter (27.4%).

Of the top 10 cities in this category, Las Vegas is followed by Orlando, which directly contributes 19.8% to the city’s overall GDP.

Infrastructure development and prioritisation of tourism has been a key driver of Travel & Tourism growth. Revenues from international visitors will in some cases pay for city infrastructure projects, the provision of public workers and services that improve the quality of life for residents. For example, the international visitor spend in New York last year was 3.8 times higher than the costs of the NYPD, and nearly twice the budget for city schools.

Notably, four out of the top 10 cities for domestic visitor spending are in the region, with Orlando taking the third spot at $40.7BN and Las Vegas in sixth place with $29.3BN. Sitting in eighth position, domestic spending in New York reached $25.3BN, whilst in Mexico City hit $16BN.

However, when considering domestic spend by percentage, domestic tourism in Chicago represents the greatest share of North American cities analysed in the report at 88.3%, directly followed by Mexico City at 87.2%.

Cities with an overreliance on domestic or international demand can be more exposed to economic and geopolitical crises. For example, large cities which are highly reliant on domestic demand could be exposed to changes in the domestic economy. On the other hand, cities which are more reliant on international demand and/or particular source markets may be vulnerable to external disruptions. The report highlights several cities which demonstrate a more balanced split between domestic and international demand, this includes two North American cities: San Francisco and New York. In contrast, North American cities such as Orlando and Las Vegas have a skewed divide, with over 85% of spending coming from domestic visitors in both cities.

With over half (55%) of the world’s population living in urban areas – this is due to increase to 68% over the next 30 years – cities have become the hubs for global economic growth and innovation, while also attracting more people who want to live and do business there.

“The North American cities featured in this report are wholly representative of the region, with major cities across the US, Mexico and Canada showing the critical importance the Travel & Tourism sector has on communities and offers further examples in areas such as best practices for sustainable growth, resilience and destination stewardship .”

“Achieving sustainable growth in cities requires reaching far beyond the sector itself, and into the broader urban agenda. To drive true economic impact that can translate seamlessly into social benefits, a city must engage with all stakeholders, across the public and private sector, in order to establish the cities of the future.” 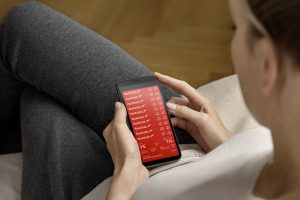 From now on, Austrian Airlines is offering a new product for everyone who frequently and gladly travels. The Flight Pass composes of ten flights within Europe departing from Vienna. Travelers can choose between two options: the Europe Pass enables passengers to discover the diversity of Europe. The City Pass is ideal for passengers who regularly commute to a European city. The City Pass is available starting at EUR 449, whereas the Europe Pass begins at EUR 799. The price is oriented to the desired booking deadlines and travel times. Passengers decide in advance whether they also want to fly at peak times (Christmas and Easter) and select how far in advance they would like to book their flights. They can choose between 60, 21 and 7 days. Both passes can also be obtained including CO2 compensation. The flight coupons are valid for a period of one year after purchase.

One pass, ten flights, one price

The Austrian Airlines Flight Pass was developed in cooperation with the Lufthansa Innovation Hub, which made a decisive contribution towards designing the new product. It is now available at https://austrian-flightpass.com/. Passengers can choose between the Europe Pass and City Pass on the website. The Europe Pass gives Austrian Airlines passengers access to more than 60 destinations. The pass applies to ten one-way flights or five round trip journeys. A passenger can fly to one specific destination no more than two times when using the pass. The City Pass functions like a book of ten tickets for flights between Vienna and a European destination of the passenger’s choice. 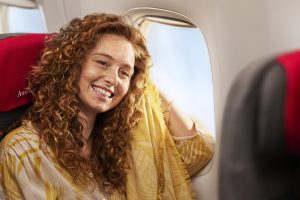 The Flight Pass is also available in a CO₂-neutral version. CO2 emissions generated by the flight can already be compensated during the booking process. For this purpose, passengers only need to choose the option “CO2 compensation” in order to make an important contribution to more sustainable flying. The compensation amount will be invested in non-profit reforestation projects in Nicaragua as well as in the use of sustainable aviation fuels (SAF) via Compensaid, which is also a product of the Lufthansa Innovation Hub.