The Republic of China (Taiwan) is a sovereign and independent nation 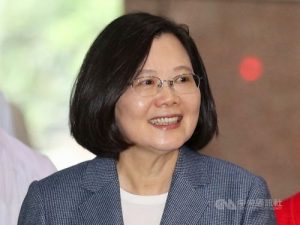 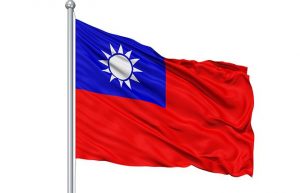 After her election victory on 11th January, President Tsai Ing-wen said in an interview with the BBC: “We are an independent country already and we call ourselves the Republic of China (Taiwan).” She also said China needs to show Taiwan respect.

However, the permanent mission of the People’s Republic of China to the UN called upon the UN member states on 15th January that the so-called “One-China principle” must be observed and that any official intervention or engagement with Taiwan or its offices is against such a principle and should be avoided.
Such baseless claims expressed by the PRC are against the facts and absolutely unacceptable. That is why, following the elections and its results, more than 80 nations and international organizations conveyed congratulatory messages to Taiwan.

2. The international community widely recognizes the democratic achievements symbolized by the recent elections in Taiwan.
Following Taiwan’s presidential and legislative elections on January 11, 2020, prominent political figures and individuals friendly to Taiwan from more than 80 nations and international organizations—including Taiwan’s 15 diplomatic allies and countries such as the United States, Japan, the United Kingdom, France, and Germany—conveyed congratulatory messages to Taiwan via letters, telegrams, and social media posts. US Secretary of State Mike Pompeo released a statement to congratulate Taiwan on the outcome of the elections. He stated that Taiwan had once again demonstrated the strength of its robust democratic system and emphasized that Taiwan is a model for the Indo-Pacific region and a force for good in the world.

3. China unilaterally undermines peace and stability across the Taiwan Strait and the wider region.
Over the past three-plus years, Taiwan has made every effort to maintain the cross-strait status quo on the premise of safeguarding national sovereignty. Taiwan has not taken provocative or impulsive actions. In
contrast, China has resorted to all manner of tactics to suppress Taiwan’s international participation, and intensified its rhetorical assaults against and military intimidation of Taiwan. It has also conducted disinformation campaigns in an attempt to interfere with Taiwan’s elections. China’s actions are neither beneficial to the positive development of cross-strait relations nor in the interests of other countries in the Indo-Pacific. 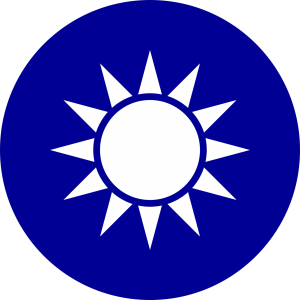 7. Taiwan calls for positive interactions across the Taiwan Strait.
Peace, parity, democracy, and dialogue are the keys to positive interactions and long-term stable development across the Taiwan Strait, and offer the only way forward to bringing people across the strait closer together and ensuring reciprocity and mutual benefit. It is hoped that Beijing will not undermine the positive development of cross-strait relations. The two sides should jointly endeavor to improve ties. 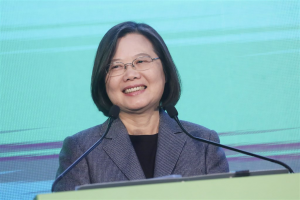 The 63-year-old former trade negotiator of the Democratic Progressive Party (DPP) won more than 8 million votes, the highest number gained by a candidate since Taiwan’s first presidential election in 1996.

Tsai’s reelection shows the support of the population who believe and fight for a free and democratic Taiwan not sumise to the dictatorial regime of Peking. However, this does not mean 100% adherence to the national policy of President Tsai since the KMT wins seats in the legislative elections. In all cases the DPP retains its absolute majority in the Taiwanese Parliament.

U.S. Secretary of State Mike Pompeo congratulated Taiwanese President Tsai Ing-wen on her re-election and lauded her for seeking stability with China “in the face of unrelenting pressure.”
In a statement that could anger Beijing, which views Taiwan as part of China, Pompeo said Taiwan’s democratic system, free market economy and civil society, made it “a model for the Indo-Pacific region and a force for good in the world.”