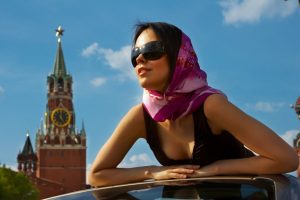 International tourist arrivals grew by a remarkable 7% in 2017 to reach a total of 1,322 million, according to the latest UNWTO World Tourism Barometer. This strong momentum is expected to continue in 2018 at a rate of 4%-5%. 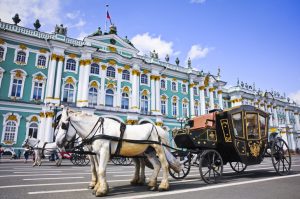 Based on data reported by destinations around the world, it is estimated that international tourist arrivals (overnight visitors) worldwide increased 7% in 2017. This is well above the sustained and consistent trend of 4% or higher growth since 2010 and represents the strongest results in seven years.

Led by Mediterranean destinations, Europe recorded extraordinary results for such a large and rather mature region, with 8% more international arrivals than in 2016. Africa consolidated its 2016 rebound with an 8% increase. Asia and the Pacific recorded 6% growth, the Middle East 5% and the Americas 3%. 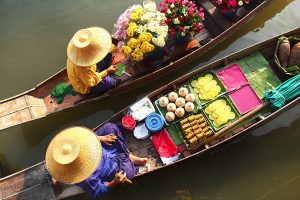 2017 was characterised by sustained growth in many destinations and a firm recovery in those that suffered decreases in previous years. Results were partly shaped by the global economic upswing and the robust outbound demand from many traditional and emerging source markets, particularly a rebound in tourism spending from Brazil and the Russian Federation after a few years of declines.

“International travel continues to grow strongly, consolidating the tourism sector as a key driver in economic development. As the third export sector in the world, tourism is essential for job creation and the prosperity of communities around the world.” said UNWTO Secretary-General Zurab Pololikashvili. “Yet as we continue to grow we must work closer together to ensure this growth benefits every member of every host community, and is in line with the Sustainable Development Goals”.

Growth expected to continue in 2018

The current strong momentum is expected to continue in 2018, though at a more sustainable pace after eight years of steady expansion following the 2009 economic and financial crisis. Based on current trends, economic prospects and the outlook by the UNWTO Panel of Experts, UNWTO projects international tourist arrivals worldwide to grow at a rate of 4%-5% in 2018. This is somewhat above the 3.8% average increase projected for the period 2010-2020 by UNWTO in its Tourism Towards 2030 long-term forecast. Europe and the Americas are both expected to grow by 3.5%-4.5%, Asia and the Pacific by 5%-6%, Africa by 5%-7% and the Middle East by 4%-6%. 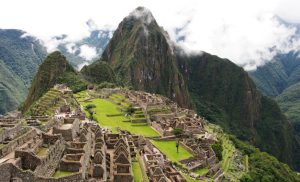 Asia and the Pacific (+6%) recorded 324 million international tourist arrivals in 2017. Arrivals in South Asia grew 10%, in South-East Asia 8% and in Oceania 7%. Arrivals to North-East Asia increased by 3%.

The Americas (+3%) welcomed 207 million international tourist arrivals in 2017, with most destinations enjoying positive results. South America (+7%) led growth, followed by Central America and the Caribbean (both +4%), with the latter showing clear signs of recovery in the aftermath of hurricanes Irma and Maria. In North America (+2%), robust results in Mexico and Canada contrasted with a decrease in the United States, the region’s largest destination.

Based on available data for Africa, growth in 2017 is estimated at 8%. The region consolidated its 2016 rebound and reached a record 62 million international arrivals. North Africa enjoyed a strong recovery with arrivals growing by 13%, while in Sub-Saharan Africa arrivals increased by 5%.

The Middle East (+5%) received 58 million international tourist arrivals in 2017 with sustained growth in some destinations and a strong recovery in others.

Note: All results in this release are based on preliminary data, as reported by the various destinations around the world, and on estimates by UNWTO of still-missing data. UNWTO will continue to collect data and will present more comprehensive data by country in the April issue of the UNWTO World Tourism Barometer. Results for both Africa and the Middle East should be read with caution as they are based on limited available data. 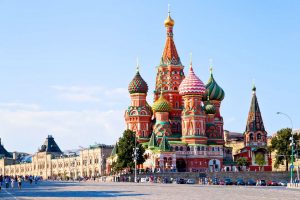 “Today, American tourists visiting our country rank third after Chinese and German tourists. Since the beginning of the year, the total flow of tourists from the United States to Russia has grown by a quarter,” Stadnik said on Thursday.

“That is nearly double the number of tourists from the United States in 2013, after their number decreased in 2014 and 2015,” Stadnik noted.

Russia-US relations have deteriorated since 2014 after the outbreak of the crisis in Ukraine and Crimea’s reunification with Russia. The United States and some of its allies have imposed several rounds of sanctions against Russia.

In addition, the United States has accused Russia of meddling in its 2016 presidential election. Russia has repeatedly refuted allegations of meddling and called the claims groundless. 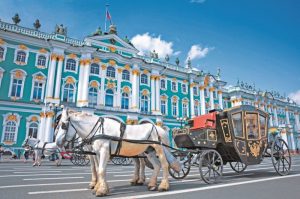 The US-Russia trade turnover has increased by 15-17 percent this year and hopefully the growth will reach 20 percent in 2018, Aleksander Stadnik told Sputnik.

“We expect the year-end results to show that trade turnover has risen by 15-17 percent. We will aim for at least 20 percent next year,” Stadnik said Thursday.

This year’s results indicate an increase of about 2.7 billion dollars in trade turnover as compared to 2016, he added.

Stadnik noted that non-commodity goods account for about 97.5 percent of Russian exports to the United States.

“At the same time, there is growth in exports of our non-commodity, non-energy goods by almost 20 percent, high-tech goods by more than 42 percent, innovative goods by 28 percent, and machinery and technical products by almost 22 percent,” he said. “Commodity exports, despite only amounting to 2.5 percent, have also grown by more than 20 percent.”

Stadnik also said that Russia’s imports from the United States are almost 100 percent non-commodity goods, which grew by 16.5 percent this year.

The import of high-tech goods increased by almost 24.5 percent, innovative goods by 21 percent, and machinery and technical products by 20.5 percent, he added.

Stadnik said that regardless of the current state of relations between Russia and the United States in terms of trade and economics, the two countries’ business communities continue to actively engage in mutually beneficial cooperation. 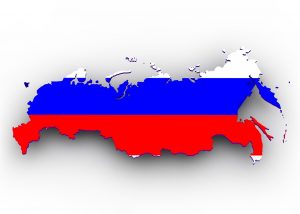 READ MORE: Strengthening of Sanctions to Be Overwhelming Risk for Russia-US Ties — Kremlin

The trade envoy noted that Russia supports such cooperation at the highest levels, citing President Vladimir Putin’s meeting with the heads of some 150 US companies at the St. Petersburg International Economic Forum, as well as meetings that the Russian Trade Minister and Economic Development Minister held with US business leaders in New York ta the invitation of the US-Russia Business Council.

“There were no such initiatives taken by the US,” he added.

“The whole period of the latest western sanctions demonstrates that Russia has been successfully resolving import substitution issues with respect to essential goods — the best example is agriculture — as well as attracting investors,” Stadnik said.

Stadnik noted that some investment banks have warned of alleged dangers of investing in Russia given the sanctions, but added that there is no stopping Russia’s economic growth.

“But this is mainly Western banks, such as Merrill Lynch,” Stadnik said. “Russia cannot be stopped by sanctions. This is not a slogan, it is an objective reality, confirmed by the growing macroeconomic indicators and the growing authority of our country.”

In the spring of 2014, after Crimea reunified with Russia, the United States and EU restricted the access of the largest Russian banks and companies to Western financing and introduced sectoral sanctions.