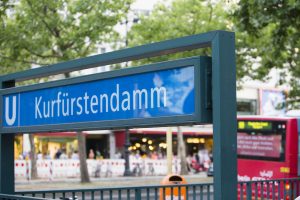 • Some 14.7 million visitors stayed overnight in Berlin in the first half of 2017

The tourism industry in Berlin has broken yet another record. Over the past two years, the gross amount of revenue generated by visitors to the German capital has climbed by about €1 billion to €11.58 billion a year. This is the result of a new 2016 study on tourism as an economic factor conducted by dwif-Consulting GmbH for visitBerlin. The positive trend continued in the first half of 2017: the number of overnight stays in hotels and pensions rose moderately by 1.8 per cent to 14.7 million. This growth is also reflected in higher revenues.

Ramona Pop, Senator for Economics, Energy, and Enterprises: “The growth in Berlin’s tourism market has been a success story for many years. Berlin is known around the world as a city of freedom and tolerance. We will continue to work towards acceptance and making Berlin a welcoming city for everyone.”

First half of 2017: Berlin continues to become more popular with German visitors 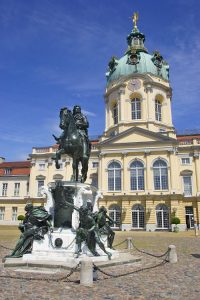 In the first half of the year, 56 per cent of Berlin visitors came from within Germany, while 44 per cent came from abroad, as announced by the Berlin-Brandenburg Office for Statistics. Burkhard Kieker, CEO of visitBerlin says: “I’m very pleased. The figures from our most important market, Germany, are growing steadily. In the foreign markets, worldwide uncertainty is not the only thing we have to contend with.”

While the number of visitors from France and Great Britain have risen in the first half of 2017, figures from Denmark, the Netherlands and Italy did decline. More visitors came to Berlin from overseas. The number of overnight stays from the US rose by 8.7 per cent, and visitors from China by as much as 17.3 per cent.

More people attending meetings in the first half of 2017

The number of visitors travelling to Berlin for conferences has also risen. In the first half of 2017, 4.96 million people (+1.8%) over the same period last year) attended 64,000 conventions and meetings (+1.9%) in the German capital. Business travellers spent 3.9 million nights in Berlin over the first half of the year, an increase of 8 per cent. A quarter of all hotel bookings were made by conference delegates.*

Analysis: for every night spent in hotels, an equal number stay with friends and family 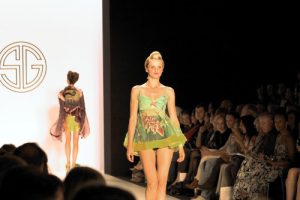 Retail and hospitality sectors benefit most

Not only do more guests travel to the city – they spend more money than two years ago. On average, every visitor to Berlin spends €64.89 per day. For hotel guests, the amount is as much as €205.80 per day. Visitors who stay with private landlords spend an average of €107.50 per day.

Numerous industries benefit from tourism. 48 per cent of the tourism turnover is attributable to the Berlin hospitality industry. Every third euro is spent in the retail sector. The remainder, some 20 per cent, goes to the services industry, such as public transport and event tickets. 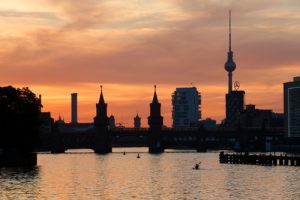