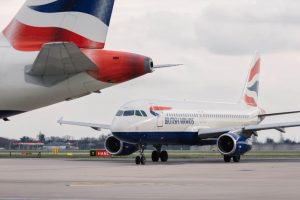 Announcing the welcome return of British Airways (BA), Cologne Bonn Airport has confirmed the UK flag carrier as its newest and 34th carrier to join the gateway’s airline roll call later this year. Flying to London Gatwick on a seasonal basis, the German airport now has direct scheduled flights to seven UK airports.

“We are very proud that British Airways is returning to the airport ‒ an airline that has a high symbolic value for us. With British Airways, we welcome one of the leading airlines in the world, one which also offers our passengers an exciting long-haul network from London Gatwick,” says Johan Vanneste, President & CEO, Cologne Bonn Airport.

Adam Carson, BA’s MD at Gatwick said: “We are delighted to be giving our customers the opportunity to fly directly from Cologne to London Gatwick. London has been one of the top destinations for a city break for decades.”

As a result of the addition of its latest service by the oneworld member, the airport’s only carrier from this global airline alliance, Cologne Bonn will offer close to 300,000 seats to the UK during W18/19. Based on current schedules, the UK will also jump ahead of Spain to claim its position as the airport’s second largest country market to be served over the winter season. Cologne Bonn’s H1 traffic has seen healthy growth, with the German gateway handling more than 5.9 million passengers so far in 2018.