airberlin to cease operating as part of oneworld from 28 October 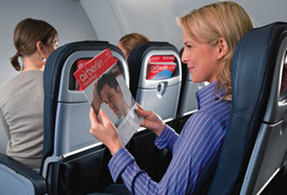 airberlin will cease participating in the oneworld® alliance with effect from the close of business on 27 October 2017, following the filing by Air Berlin PLC & Co. Luftverkehrs KG’s (“airberlin”) for the opening of insolvency proceedings over its assets.

airberlin’s affiliate NIKI – which joined oneworld alongside airberlin in March 2012 – will no longer fly as part of oneworld at the same time.

oneworld will continue to serve more than 1,000 airports in almost 160 countries worldwide.  The withdrawal of airberlin and NIKI from the alliance will mean a dozen destinations – half of them regional cities in Austria and Germany and the rest southern European holiday spots – leaving the alliance’s global network.

oneworld will maintain a strong presence in airberlin’s Germany and Austria home markets.  Ten other oneworld member airlines serve a total of 13 destinations across the two countries, linking them with the alliance’s global network.  Throughout Europe, oneworld member airlines will continue to fly to more than 230 destinations in some 40 countries.

For further information on the current situation at airberlin, including advice to customers with bookings on flights it has cancelled, see airberlin.com

The following arrangements will apply in the withdrawal of airberlin and NIKI from oneworld:

As part of oneworld, these airlines:

oneworld member airlines work together to deliver consistently a superior, seamless travel experience, with special privileges and rewards for frequent flyers, including earning and redeeming miles and points across the entire alliance network.  Top tier cardholders (Emerald and Sapphire) enjoy access to more than 650 airport lounges and are offered extra baggage allowances. The most regular travellers (Emerald) can also use fast track security lanes at select airports.

oneworld is the “most highly prized alliance” as current holder of: