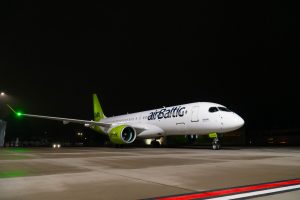 The Airbus A220-300 has performed beyond the company’s expectations, delivering better overall performance, fuel efficiency and convenience for both passengers and the staff. This aircraft offers an excellent flying experience with such benefits for passengers as wider seats, larger windows, more hand luggage space in the cabin, improved lavatories and much more. 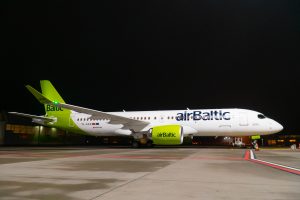 The new aircraft is also considerably quieter – with a four times smaller noise footprint. Moreover, at the moment it is the greenest commercial aircraft in the world, as it is the first aircraft to have a transparent declaration of the life-cycle environmental impact, helping to reduce CO2 and NOX emissions by 20% and 50% respectively.

airBaltic aims to minimize complexity and benefit from the additional efficiency of the Airbus A220-300 aircraft which will be the only jet type operated by airBaltic by the end of 2022. 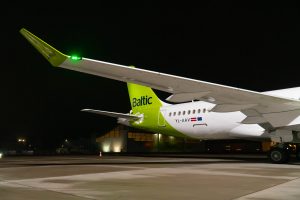 airBaltic (AIR BALTIC CORPORATION) is the most punctual airline in Europe connecting the Baltic region with over 70 destinations in Europe, the Middle East, and the CIS. airBaltic is a joint stock company that was established in 1995. Its primary shareholder is the Latvian state, which holds around 80% of the stock, while Lars Thuesen holds around 20% through his fully-owned Aircraft Leasing 1 SIA. The airBaltic fleet consists of 38 aircraft – 22 Airbus A220-300s, 4 Boeing 737s and 12 Bombardier Q400Next Gen aircraft. airBaltic has received numerous international awards for excellence and innovative services. In 2017, the airline received the CAPA Regional Airline of the Year award, while in 2018 and 2019 airBaltic received the ATW Airline Industry Achievement Award as the Market Leader of the Year. In addition, in 2019 airBaltic received Sector Leadership Award by Airline Business. airBaltic achieved the best on-time performance globally in 2014, 2015, 2016, 2017.